Tax included.
Description
The MoYu Magnetic Pyraminx is now available! The latest version of the MoYu Pyraminx uses specialized magnets instead of bearings for a tactile and smooth feeling when speedsolving the pyraminx.

A pre-release version of this puzzle was used by Drew Brads to break the pyraminx average world record at the US Nationals 2016 competition.
Shipping

All orders placed before 11AM AEDT are shipped the same business day; any order received after this time will be shipped next business day.

Every order is shipped with tracking and insurance. The majority of Australian customers will receive their order within 3 business days with international customers receiving their parcels in an average of 8 business days.

For more information on our shipping process, click here.

All purchases come with a 30 day returns and warranty policy. This means we have you covered in the event of an item arriving defective or broken. 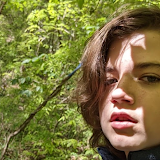 Gabriel M. Reviewed by Gabriel M., from United States
Verified Reviewer
I recommend this product
What experience do you have solving Puzzles?
Beginner
Rated 5 out of 5 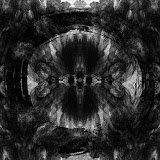 格雷斯科維奇亞當 Reviewed by 格雷斯科維奇亞當, from Hungary
I recommend this product
What experience do you have solving Puzzles?
Skilled
Rated 5 out of 5

My old main, really good, and I still love it 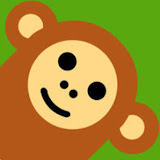 Spudd Reviewed by Spudd, from Australia
Verified Buyer
I recommend this product
What experience do you have solving Puzzles?
Intermediate
Rated 4 out of 5

So when I bought this pyraminx along with a 4x4, I was expecting an amazing pyraminx that would replace my old dollar store pyraminx. And after A couple days of waiting it arrived. I opened my 4x4 first and didn’t turn it, then I got this and turned it straight away, I wasn’t ready for how sandy it was but that’s just how moyu cubes are for the first couple solves. I did a couple of really bad solves (because I was so used to my old cheap pyraminx) to get the dryness away which worked well. I had to put a bit of dnm-37 in it to speed it up but after that it was perfect. One pretty big problem that I ran into were the tips as most people have probably heard and seen in other reviews which is why I’m giving this 4-stars. Overall, if you like to use your wrist more when using a pyraminx then definitely go for this. But if you like to use your finger(s) more than I would recommend the x-man bell as it’s much faster and stabler. Ajándék K. Reviewed by Ajándék K., from Hungary
I recommend this product
What experience do you have solving Puzzles?
Expert
Rated 5 out of 5

It's a pretty good pyraminx 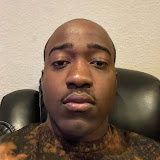 v D. Reviewed by v D., from Australia
Verified Reviewer
I recommend this product
What experience do you have solving Puzzles?
Intermediate
Rated 4 out of 5

This puzzle is a good magnetic pyraminx that I would recommend. You can barely feel the magnets though. If you turn it slowly, you can kind of feel the magnets. Sometimes it does get locked up. Overall, this is a good first pyraminx.